You know the last time I did a single monthly reading wrap-up? I don’t….

Since I started grad school in 2018, I opted to do reading wrap-ups every few months instead of monthly. Between work and school, I was not reading a lot. The only exception has been these past two semesters, when reading was part of the curriculum for a class. I wasn’t reading a lot in summer of 2019, when I was on break from school. Sometimes, after so many hours of school reading, fun reading was impossible. No matter how hard I tried.

I work and go to school in big, well-known cities. I was fully aware that the Coronavirus was happening and people were scared. And I understand why—America has never seen anything like this. I work at an academic library, and the school I worked for had been paying close attention to the updates. Meanwhile, my graduate school stayed informed, but had not made a fuss about it yet. Probably because the school is primarily full of commuters.

Then, three days into my spring break (the week of March 9th), my school sends out a mass email that they are extending the spring break to figure out what they were going to do about the Coronavirus and the rest of the semester. Two days after that, they announced they were going virtual for the rest of the semester, just like the university I work for and a lot of other schools.

The first week of this unexpected quarantine was a hard adjustment. Obviously, the library I work in is also closed and I have no idea when it will reopen. I can’t even go to my local library to study, since they are closed until April 6th. Right now, I am doing the best I can to not get distracted from my schoolwork. I’m also realizing that I can work later and sleep later now—I don’t have to work my schedule around catching a bus.

It’s the little things. Just like books and this blog and this platform.

I read seven books in the month of March. The first three were for my children’s literature class and mentioned in another wrap-up. The rest are here and mostly library books from my library book haul.

I Work at a Public Library by Gina Sheridan (library book) 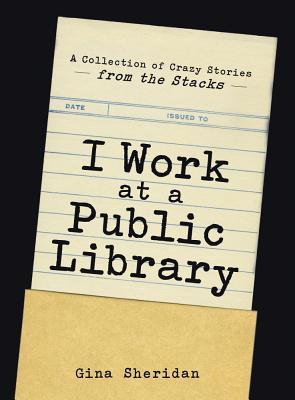 I checked this one out of my school library (great timing, huh?) after seeing it on a display. It is a collection of stories by a librarian working in a public library. They were laugh out loud funny, some were heartfelt, and all were brutally honest. If you have ever worked in a library, you will appreciate the humor. 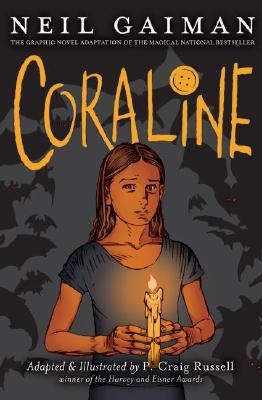 I watched the movie adaption of Coraline on Netflix a few years ago, without having read the book. This graphic novel is technically also an adaption of the source material, so there were probably things changed to better suit the format here, too. Between the two, though, while I enjoyed the graphic novel of Coraline, it was not as unsettling as the movie. Of course, you can count on Tim Burton to make just about anything terrifying. On the flip side to that, I liked Coraline in the book more than the Coraline in the movie. She was spunky, a quick study, and thought on her feet. The Coraline in the movie was annoying.

Doll Bones was a book I read for a review assignment in my children’s literature class. It’s my first middle grade book by Holly Black that I’ve read. It follows three friends, Zach, Alice, and Poppy, who play a make-believe game of pirates, mermaids, and evil queens with their toys and the china doll sitting in Poppy’s mom’s glass cabinet. When Zach’s asshole dad throws out his toys declaring he “grow up” and then Zach lies to the girls about why he can’t play the game anymore, they manage to convince him to go on one last adventure: to return the ashes of a dead girl inside the china doll to her grave.

I went into Doll Bones with semi-low expectations. While I have liked the books by Holly Black I’ve read so far, nothing has reached 5-star level yet. Doll Bones was a fun and quick read, blurring the lines between fantasy and reality. There were moments where I wasn’t sure if what was happening was real or imaginary. The characters were realistic, though we only get Zach’s point of view in the third person. As for the plot, it was entertaining and made me want to find out what was going to happen next.

Break Your Glass Slippers focuses a little bit on toxic romantic relationships like some of Amanda Lovelace’s other poetry collections. But this one is more on toxic friendships, toxic family members, other toxic people, and women building up other women. Mainly, the message of Break Your Glass Slippers is to be your own Fairy Godmother and prince as much as a princess. I loved the stress on women supporting other women and learning to find your own self-worth instead of looking to others for validation. The reason I did not give it a full 5 star rating was because not all the poems hit a nerve or made me feel something compared to the previous one I read this year, To Drink Coffee with a Ghost. Which, if I’m being honest, I will probably compare the rest of her works to for the foreseeable future. Of all Amanda Lovelace’s published books so far, though, Break Your Glass Slippers is the prettiest with the light-blue undertones and starry night endpapers.

What did you read in March?