My Christmas wish list is ridiculously long this year. It’s actually a little overwhelming for me…#firstworldproblems.

The thing is, one of my goals of 2018 is to complete the series that have been sitting on my bookshelves (more on that in January). My idea is to motivate myself by buying the rest of the books in the series and proceed to binge-read them.

When I was making a wish list for my dad, I had to severely cut down on the amount. I ended up with two Christmas wish lists: one I gave to my dad and the other is waiting for the gift cards and money I hope to get from everyone else.

Bring on the holiday cheer! 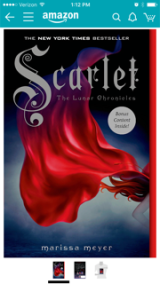 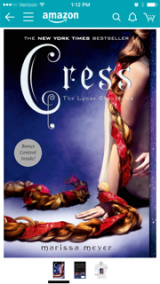 I bought Cinder, the first book in the Lunar Chronicles, back when the series was huge. I don’t know why I have not read it yet. I like unique fairy tale retellings and I am interested in exploring science fiction. My expectations for this series are already high, so I am hoping I won’t be disappointed.

The Fate of the Tearling by Erika Johansen 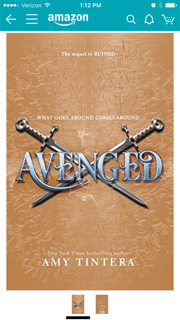 Avenged is the sequel to Ruined, a novel I actually preordered in 2016 but never read. It’s quite embarrassing to admit to. The trilogy follows a princess set to get revenge on the kingdom that destroyed hers. In Ruined, she kills another princess to pose as her to marry the prince that is her enemy. Again, the synopsis is so cool. I’m certain I will like it once I get around to reading it.

The Great Pursuit by Wendy Higgins 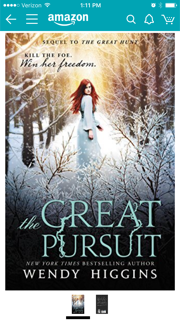 The Great Pursuit is the second book in a duology by Wendy Higgins; the first book being The Great Hunt. Based off the Grimm Brothers fairy tale The Singing Bone, the story follows a young princess who vows to marry the hunter that kills the beast terrorizing her kingdom. One hunter in particular catches her attention, except he has some secrets of his own. The Great Hunt and The Great Pursuit is a duology I am excited to read back-to-back. 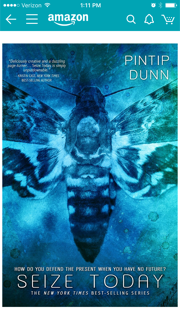 I received the first novel in the trilogy, Forget Tomorrow, for Christmas two years ago and I bought the second novel, Remember Yesterday, during this year’s Black Friday sale from Books a Million. Seize Today is the final novel in the trilogy. It is a dystopian young adult series set in a world where, when a person turns seventeen, they receive a memory from their future selves. The main character, Callie, gets a vision of her murdering her younger sister and is then arrested. The story takes off from there. Forget Tomorrow is so underrated of a trilogy, I’ve heard almost nothing about it.

The Heart of Betrayal & The Beauty of Darkness by Mary E. Pearson 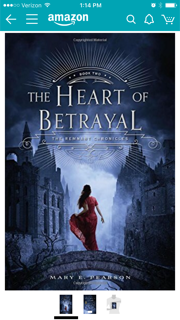 Likely one of the most popular series on this list along with the Lunar Chronicles, I have owned the first book of The Remnant Chronicles, The Kiss of Deception, for two or three years. I wanted to get into this series because I heard so many wonderful things about it. Surprisingly enough, I’ve never been spoiled for the books, either. If I do get The Heart of Betrayal and The Beauty of Darkness for Christmas, The Remnant Chronicles will be on my priority TBR of 2018.

The Wicked will Rise, Yellow Brick War, & The End of Oz by Danielle Paige 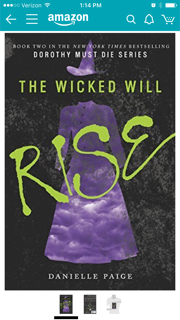 The Wizard of Oz is one of my favorite stories. I’ve seen the movie more times than I can count. I own a beautiful illustrated children’s edition of the book. That’s why I initially bought Dorothy Must Die by Danielle Paige, a retelling of The Wizard of Oz where Dorothy Gale has become an evil dictator of Oz. That’s all I needed to know. 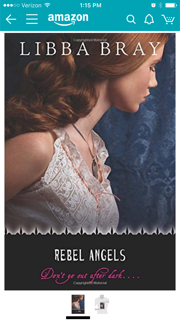 Aside from The Remnant Chronicles and the Lunar Chronicles, the Gemma Doyle trilogy is another series I’m ashamed I have not read. When I found the first book, A Great and Terrible Beauty, I was so excited to read it. I still am, but so many other books distracted me. That’s going to change in 2018; regardless of whether or not I get Rebel Angels and The Sweet Far Thing for Christmas, I will likely buy them for myself. Gemma Doyle will be another priority series.

I bought the first book of The Malediction trilogy, Stolen Songbird, on a whim from Amazon after hearing one of my favorite BookTubers rave about it. A young singer is whisked away to the world of trolls because the troll king of the mountains hopes she can break the centuries-old curse on their kingdom. I think this will be right up my alley.

6 thoughts on “(Not So) Top 5 Tuesday: Books I Want for Christmas”